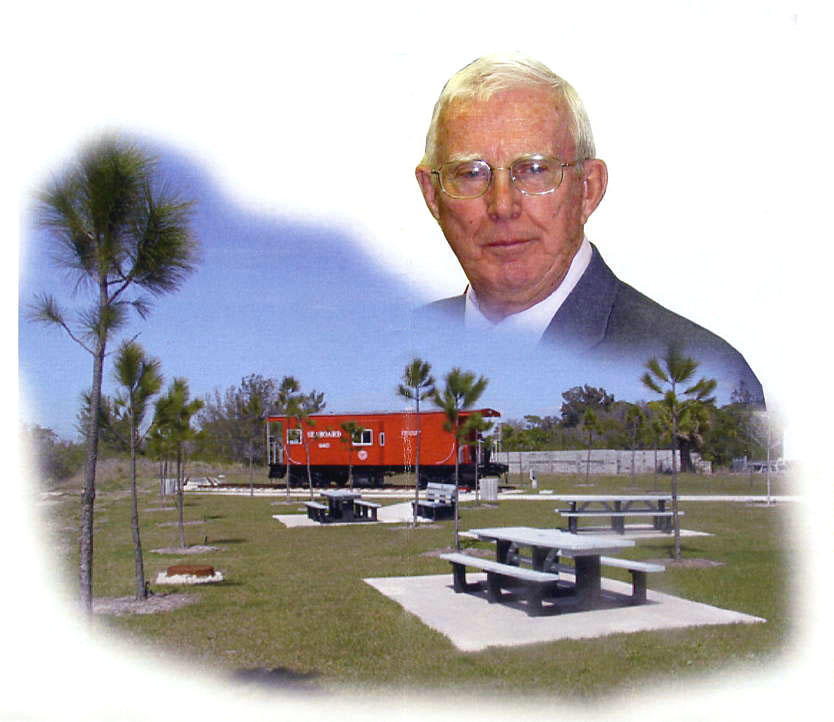 Many of our members remember Rollins W. Coakley, who retired in 1981 as Assistant Director of Commuter Services.  Rollins and his wife June retired to in 1982 where Rollins, with a life-long interest in railroad history, became involved in civic affairs including the preservation and restoration of the historic Venice Train Depot with its 3-1/4 acre depot site located directly to the north.  In recognition of Rollins' 20-year effort and his many hours of work on the project, the depot site was named the Rollins W. Coakley Railroad Park by the Sarasota County Board of and dedicated on .

The park includes scenic walkways, picnic tables, benches, a restored caboose and a statue dedicated to circus great Gunther Gebel Williams, who is widely regarded as one of the greatest wild animal trainers of all time.

The Venice Train Depot was built in 1927 by the Brotherhood of Locomotive Engineers. purchased the depot site in 1999.  The depot restoration, a $2.3 million project, was separately dedicated on .

The Coakley family’s connection with the Chicago & North Western goes back to 1867 when Rollins’s great-grandfather immigrated to from and landed a job as Section Foreman on the C&NW.  Rollins passed away on at .